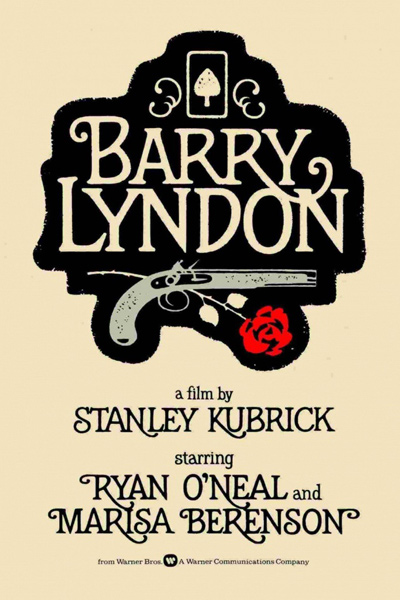 Barry Lyndon, which was written, produced and directed by Stanley Kubrick, is one of the most astonishingly-beautiful films I have ever seen. Thackeray's story of the rise of an 18th century Irish boy to the aristocracy, with all the gimmicks of death and disaster popular at the time, is upstaged by the architecture, the interior settings and the music, which is by Schubert, Bach, Mozart, Vivaldi, Handel and others. Time after time the camera looks at a landscape and then pulls back to frame it in the manner of an eighteenth-century master. The interiors are reminiscent of Hogarth. Rowlandson and Reynolds. The whole film, including the surprisingly ironic tone of the narration by Michael Hordern, is a rare experience. It lasts for more than three hours. But once you have adjusted to the pace it becomes a marvellous antidote to the more conventional world of Cinema entertainment.

And if you were wondering how Schubert's music could be played several years before he was even born, then that, no doubt, is what Kubrick hoped you would wonder. He is not the sort of director to make a mistake. I am sure it is no accident that in the first half of the film, when Barry is rising to success, all the architecture and landscaping is photographed absolutely symmetrically; and that afterwards, when disaster is on the way, all the views are diagonal and the classical sense of order disappears. The final shot of a group of people dwarfed and defeated by their ornate surroundings is an inspiration.