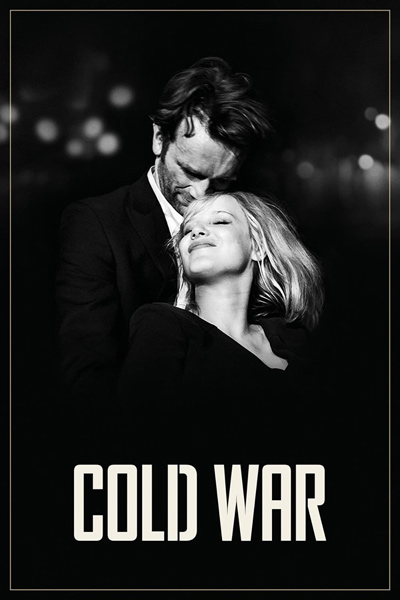 This surprise triple nominee for the Feb. 24 Academy Awards — it snagged a long-shot nom this week for Best Director, as well as expected ones for Best Cinematography (Lukasz Zal) and Best Foreign-Language Film — stars Polish actors Joanna Kulig and Tomasz Kot as singer/dancer Zula and musician Wiktor.

They are like fire (Zula) and ice (Wiktor), two people deeply in love who can’t quite figure out how to stay together. Something is always tearing them apart, not least the tug between the capitalist West and the communist East.

When the two first meet in 1949, Wiktor, a pianist and conductor, is part of a talent-scouting team travelling Poland on a quest for “peasant-style music” to celebrate the egalitarian ethos of the new Communist government.

Wiktor is a smooth cipher, puffing on a cigarette as he and a female associate coldly assess hopeful singers and dancers, who rightly view performing for the state as a chance to escape poverty — and perhaps to defect to the West. You can’t read Wiktor’s mind, although he’s clearly captivated by singer/dancer Zula’s bold performance of several songs, as she refuses to be ignored in the assembly-line audition.

“She’s original,” Wiktor says. That she is and also very talented: Zula’s expressive songs, beautifully rendered throughout the film as she progresses from folk ensemble trouper to jazz-bar torch singer, often seem to mirror the drama, which is as splintered as the movie’s politics.

“A heart would have to be made of stone not to love that boy,” she sings at one point. Her sincerity is evident, even if her actions are often puzzling.

There are moments of caustic humour. A worker attempting to put up a banner reading “We Welcome Tomorrow” stumbles and tears it down instead. A Communist apparatchik tells Wiktor and his colleagues that their peasant singers are great, but could they work in a tune about the merits of socialist land reform?

Cold War is shot in sumptuous B&W, just like Ida, the family secrets quest that won Pawlikowski the 2015 Oscar for Best Foreign-Language Film. It’s the visual equivalent of a perfectly brewed espresso macchiato.

Pawlikowski, who won the directing prize at Cannes 2018, shrewdly maintains suspense until the end, with a movie superbly executed in form, story and performance.

Pawlikowski remains a director to watch and Cold War is a film to watch again and again.