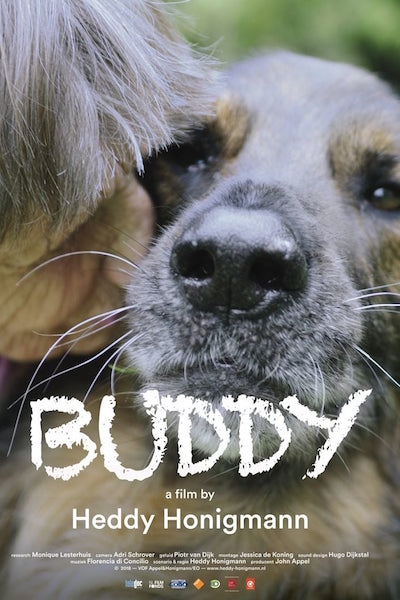 Walking in the forest without being able to see, coming down the stairs or going shopping when one is paralysed, falling asleep with post-traumatic stress disorder: for the protagonists of Buddy, all of this is made possible by the presence of an assistance dog at their side. Edith, 86 years old and blind since adolescence, remembers all of the dogs she has had with her, and their portraits—even if she cannot see them—cover the walls of her house.