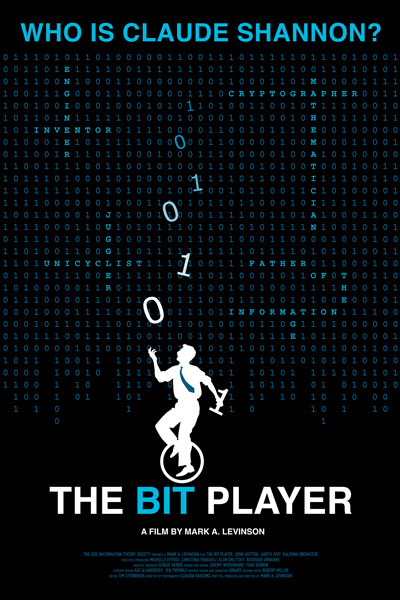 In a single blockbuster paper in 1948, Claude Shannon introduced the notion of a “bit” and laid the foundation for the information age. His ideas influence every aspect of modern life: computing, communication, economics, cryptography, genetics, cosmology. But when interviewed, the nearly forgotten Shannon was more interested in showing off the gadgets he’d constructed - juggling robots, a Rubik’s Cube solving machine, a wearable computer to win at roulette, a unicycle without pedals, a flame-throwing trumpet - than rehashing the past. Mixing contemporary interviews, archival footage, animation and dialogue drawn from interviews conducted at Shannon’s home in the 1980s, The Bit Player tells the story of an overlooked genius who revolutionized the world, but never lost his child-like curiosity.

Sponsored by NEST Studios for the Arts