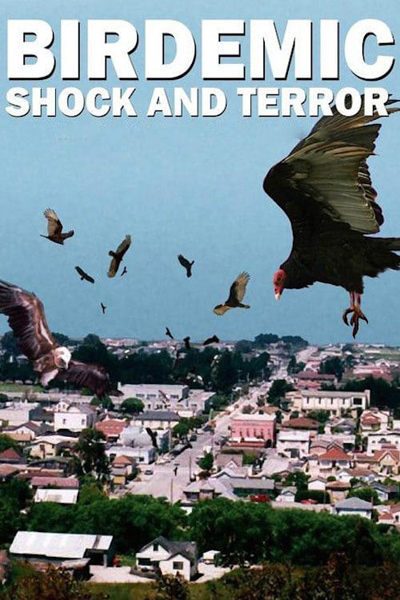 There's very little to say about Birdemic: Shock and Terror, unless you're in a room with at least 20 of your most ebullient, intoxicated friends who can yell at the screen, laugh at the primitive craftsmanship, howl at the ludicrous plot and dialogue, and generally have a good time at the expense of a movie that must know it's an awful affair designed to please for just those reasons. Filmmaker James Nguyen was probably a little surprised by the attention this shot-on-video labor sparked when it found a cult audience in a number of cities in the United States (and even abroad). It's certainly a surprise that the DVD is sparking another round of interest when the film itself is so dreadful. It's hard to make the argument that that's the point when the word amateurish doesn't even come close to describing the technical construction and acting, let alone the bizarre story of birds that fly amok and kill people with talons, with vomit, or by spontaneously exploding. The "special effects" consist of the most rudimentary home computer graphics, and the production values include just about everything they tell you not to do on your first day at film school. The film's 90 minutes would be cut at least by half without the abundant footage devoted to people walking, people driving, people standing and sitting, and people going in and out of doors. But on to the story, which starts with a romance, then moves to some bizarre tribute to Hitchcock's The Birds as the stupidly animated creatures begin attacking, then ends as a polemic about how global warming is turning the world upside down (beginning with the creation of killer birds). To be fair, this could fit into the so-bad-it-could-be-good category for a large number of people who applaud effort and appreciate lameness as high irony. But in order to walk away with that opinion, it might be best to save Birdemic for a movie-night party with a room or theater full of fuzzy-headed comrades who can take the head-shaking shenanigans with several canisters full of salt. — Ted Fry, Amazon.com