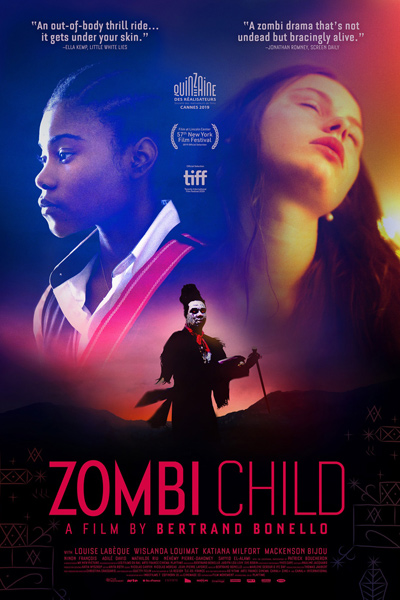 Support the IFS by screening titles straight from independent distributors who routinely provide us with interesting movies. By clicking "watch now" below you'll be able to watch a theatrical release and the distributor will then split the proceeds 50/50 with the IFS, which in turn helps buy us time while we wait for the green light to return to Muenzinger Auditorium.
The latest from French master Bertrand Bonello (Saint Laurent, Nocturama) - Zombi Child is an “audacious & cunning” (Little White Lies) new take on classic horror tropes that “poses timely and provocative questions...a zombi drama that’s not undead but bracingly alive" (Screen Daily). Haiti, 1962. A man is brought back from the dead only to be sent to the living hell of the sugarcane fields. In Paris, 55 years later, at a prestigious all-girls boarding school, Melissa, a young Haitian teenager, confesses an old family secret to a group of new friends - never imagining that this strange tale will convince a heartbroken classmate to do the unthinkable.