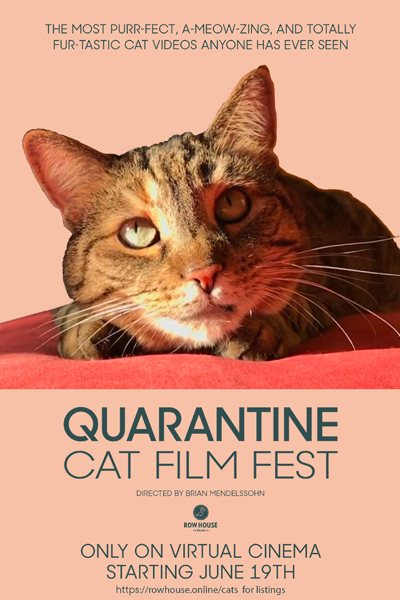 "THE MOST PURR-FECT, A-MEOW-ZING, AND TOTALLY FUR-TASTIC CAT VIDEOS ANYONE HAS EVER SEEN!"

Amateur filmmakers from around the world filmed their beloved cats during COVID-19 lockdowns to create Quarantine Cat Film Fest — a compilation reel of the cutest, funniest, bravest, and most loving feline friends.

We mined the best and most adorable cats out of more than 1,100 submitted videos from around the world to create a fun and engaging, professionally edited 70-minute feature for indie theaters to distribute via virtual cinema.