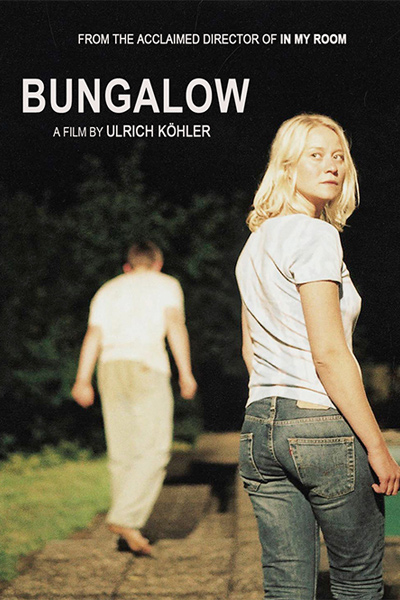 Check out our podcast episode from July 15, 2020 about this movie

A major work of the celebrated Berlin School, the debut of Ulrich Köhler (In My Room) is a mesmerizing portrait of a young German soldier named Paul who goes AWOL and returns to his childhood home in the countryside. Over a few summer days, Paul evades the responsibilities of everyday life and falls in love with his brother’s girlfriend, disrupting the lives of everyone in his circle. With Köhler’s penchant for deadpan humor and subtle performances, Bungalow becomes a quiet mockery of militarism, familial estrangement, and youthful ennui. New 4K Restoration.