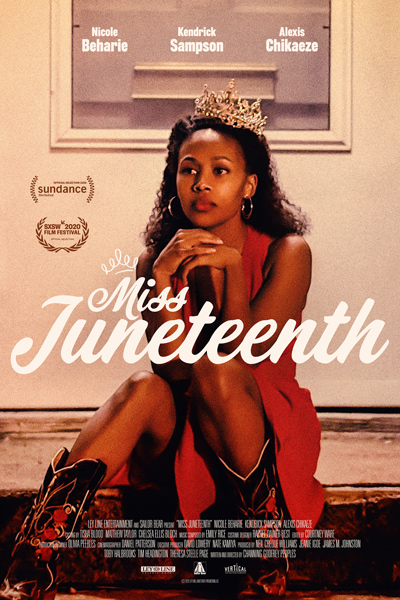 Support the IFS by screening titles straight from independent distributors who routinely provide us with interesting movies. By clicking "watch now" below you'll be able to watch a theatrical release and the distributor will then split the proceeds 50/50 with the IFS, which in turn helps buy us time while we wait for the green light to return to Muenzinger Auditorium.
Turquoise Jones is a single mom who holds down a household, a rebellious teenager, and pretty much everything that goes down at Wayman’s BBQ & Lounge. Turquoise is also a bona fide beauty queen—she was once crowned Miss Juneteenth, a title commemorating the day slaves in Texas were freed –two years after the Emancipation Proclamation. Life didn’t turn out as beautifully as the title promised, but Turquoise, determined to right her wrongs, is cultivating her daughter, Kai, to become Miss Juneteenth, even if Kai wants something else.