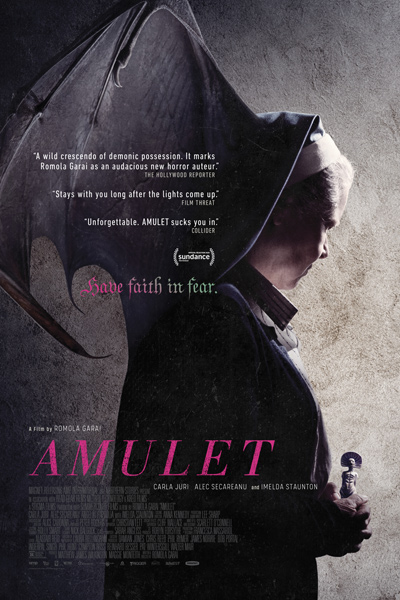 Support the IFS by screening titles straight from independent distributors who routinely provide us with interesting movies. By clicking "watch now" below you'll be able to watch a theatrical release and the distributor will then split the proceeds 50/50 with the IFS, which in turn helps buy us time while we wait for the green light to return to Muenzinger Auditorium.
Amulet, written and directed by Romola Garai, explores the story of Tomaz, an ex soldier from an unnamed foreign conflict, living in strained circumstances in London. Haunted by his past, he is offered a place to stay in a decaying, claustrophobic house, inhabited by an enigmatic young woman and her dying mother. As he starts to fall for his new companion, Tomaz cannot ignore his suspicion that something insidious might also be living alongside them.