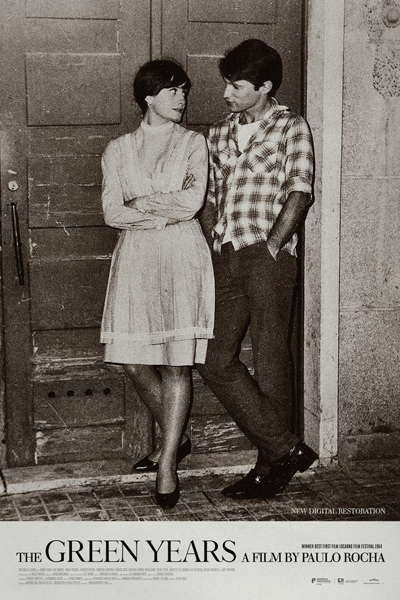 Support the IFS by screening titles straight from independent distributors who routinely provide us with interesting movies. By clicking "watch now" below you'll be able to watch a theatrical release and the distributor will then split the proceeds 50/50 with the IFS, which in turn helps buy us time while we wait for the green light to return to Muenzinger Auditorium.
Nineteen-year-old Julio heads to Lisbon from the provinces and gets a job as a shoemaker for his uncle Raul. But when he meets Ilda, a confident young housemaid who becomes a regular shop visitor, his working-class values collide with the bourgeois trappings of modern life. Never before released in the U.S., Rocha’s debut film, gloriously shot in black and white, is an extraordinary and haunting coming-of-age film. Winner of Best First Film at the 1964 Locarno Film Festival.