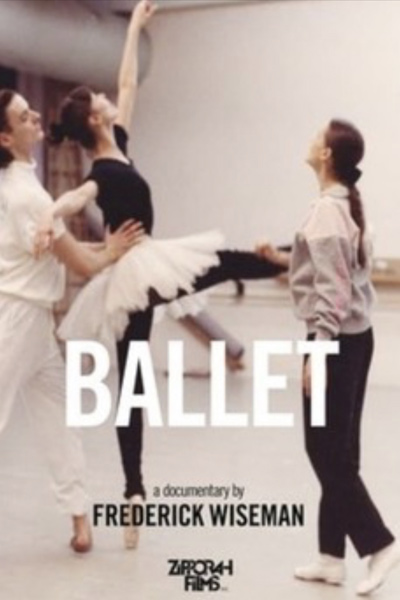 Check out our podcast episode from October 15, 2020 about this movie

Zipporah Films has announced a virtual cinema series that will feature a classic Frederick Wiseman film each week, as curated by some of the top filmmakers in the field. They will join Mr. Wiseman for a pre-recorded conversation prior to the films, with a new one being featured each Wednesday as part of a series called Wednesdays with Wiseman, leading up to the release of his latest film, CITY HALL, on October 28 in NY and November 6 and 13 nationwide.

BALLET is a profile of the American Ballet Theatre, an important classical ballet company. The film presents the company in rehearsal in their New York studio and on tour in Athens and Copenhagen. Choreographers, ballet masters and mistresses are shown at work with principal dancers, soloists and the corps de ballet. Other sequences involve the administration and fundraising aspects of the company.