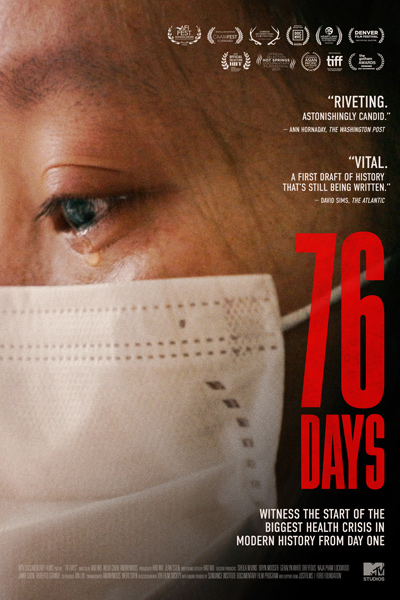 Support the IFS by screening titles straight from independent distributors who routinely provide us with interesting movies. By clicking "watch now" below you'll be able to watch a theatrical release and the distributor will then split the proceeds 50/50 with the IFS, which in turn helps buy us time while we wait for the green light to return to Muenzinger Auditorium.
On January 23rd, 2020, China locked down Wuhan, a city of 11 million, to combat the emerging COVID - 19 outbreak. Set deep inside the frontlines of the crisis in four hospitals, 76 DAYS tells indelible human stories at the center of this pandemic — from a woman begging in vain to bid a final farewell to her father, a grandfather with dementia searching for his way home, a couple anxious to meet their newborn, to a nurse determined to return personal items to families of the deceased. These raw and intimate stories bear witness to the death and rebirth of a city under a 76 - day lockdown, and to the human resilience that persists in times of profound tragedy