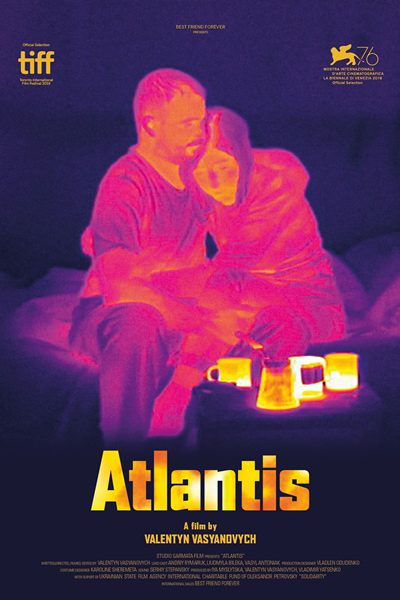 Support the IFS by screening titles straight from independent distributors who routinely provide us with interesting movies. By clicking "watch now" below you'll be able to watch a theatrical release and the distributor will then split the proceeds 50/50 with the IFS, which in turn helps buy us time while we wait for the green light to return to Muenzinger Auditorium.
A prize-winner at the Venice Film Festival and Ukraine's official selection for the 2021 Academy Awards, ATLANTIS is a gorgeous and visionary sci-fi drama. Eastern Ukraine, 2025. A desert unsuitable for human habitation. Water is a dear commodity brought by trucks. A Wall is being build-up on the border. Sergiy, a former soldier, is having trouble adapting to his new reality. He meets Katya while on the Black Tulip mission dedicated to exhuming the past. Together, they try to return to some sort of normal life in which they are also allowed to fall in love again.