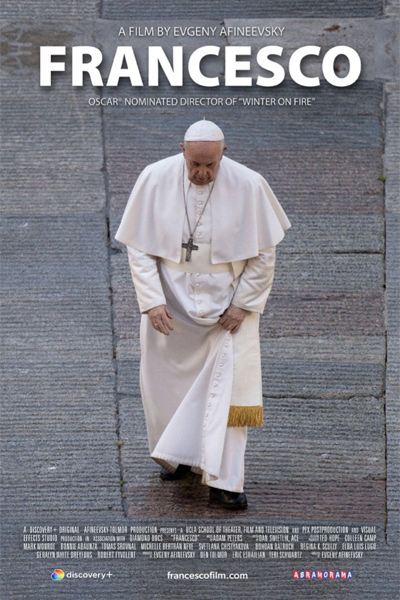 FRANCESCO takes an unsparing look at the most pressing issues of the 21st Century; economic stratification, race and gender inequality, the climate crisis, xenophobia and others; while shining a light on the challenges and consequences that have led us to this moment in time.  As we embark on this journey, with Pope Francis as our guide, we discover a leader who demonstrates a tremendous amount of humility, wisdom and generosity towards all, and whose ideals can help us build a bridge to a better future to thrive as a global community.

FRANCESCO is not a biographical film about Pope Francis in the traditional sense. Rather, the documentary provides a glimpse into his work addressing so many issues of today; climate change, immigration, peace and religious tolerance, the LGBTQ+ community, gender and identity justice, health, and economic equality. As a result, we are given an example of leadership that provides hope and inspiration during one of the most unprecedented moments in our lives.