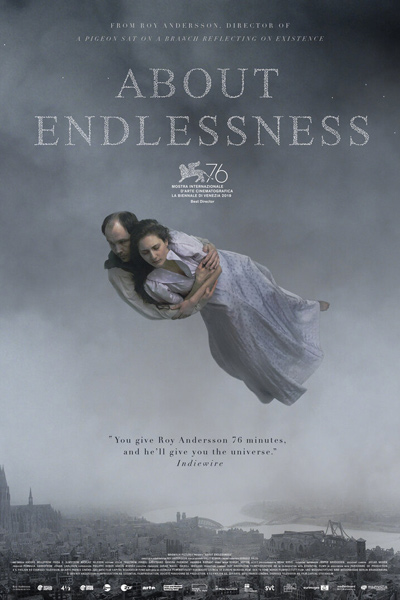 Support the IFS by screening titles straight from independent distributors who routinely provide us with interesting movies. By clicking "watch now" below you'll be able to watch a theatrical release and the distributor will then split the proceeds 50/50 with the IFS, which in turn helps buy us time while we wait for the green light to return to Muenzinger Auditorium.
A reflection on human life in all its beauty and cruelty, its splendor and banality, guided by a Scheherazade-esque narrator. Inconsequential moments have the same significance as historical events. Simultaneously an ode and a lament, presents a kaleidoscope of all that is eternally human, an infinite story of the vulnerability of existence.