The Order of Myths

With Director Margaret Brown in Person! 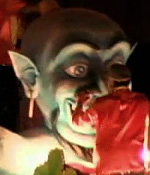 Mardi Gras celebrations date back to 1703 in Mobile, Alabama, making theirs the longest-running Carnival in the U.S. Nearly 70 years ago, Mobile's “mystic” societies established two separate Mardi Gras festivities, one for whites and another for the blacks, each with its own royalty, parade routes, and pageantry. The whites were mostly slave-owning families; the blacks were descended from slaves. In 2007, the black and white kings and queens accepted each other's invitations and attended each other's celebrations for the first time. In her new documentary, The Order of Myths, director Margaret Brown (Be Here to Love Me: A Film About Townes Van Zandt) presents her subjects unvarnished, without voice-overs or on-camera questions. In showing Mobile's parallel Mardi Gras worlds in their own contexts, and the participants' elaborate, ritualistic preparations for the fancy-dress balls and parades, Brown's film challenges our assumptions about racial segregation and integration. The revelation of the filmmaker's personal connection to these Mobile rituals gives the film an unexpected emotional twist.

This show is made possible by a mini-grant from the Roser Visiting Artist Program.

Review by Rumsey Taylor, Not Coming to a Theater Near You

Two men describe to us the nature of mystic societies in Mobile, Alabama, and how they pertain to Mardi Gras. The men are members of one, speaking from behind cherubic masks, but they are noticeably older, their postures retired to years of gravity and their voices ragged. What makes these men appear older aren’t the physical characteristics we can discern, but rather how they describe Mardi Gras (which originated in Mobile in 1703), specifically as a celebration that remains largely segregated between blacks and whites. Their words relay the tacit impression that this segregation will not only remain, but that it’s not aggressively resisted in either race. Mardi Gras is populated with these mystic societies (the film takes its name from one, the eldest), most of which seem to derive from a particular race or economic standing—only one of these groups is interracial, and it has one white member. It’s not clear to me whether these societies have different functions or practices. Their significance is in their assembly, which in whole doesn’t seem to be expressive of a segregation inherent in Mobile, per se. Rather, Mardi Gras is exploitative, concentrating a preference for segregation – one illustrated clearly by the existence of dozens of these societies – that otherwise remains more dormant. This preference for division is voiced by many people in The Order of Myths, many of whom speak in the garb unique to their society, and are to remain anonymous—each of these societies, notably, includes a mask in their respective getups (some recall Klu Klux Klan hoods and cloaks). Anonymity is a friend to impulse, so the interviews Margaret Brown achieves in her film are perhaps uncharacteristically candid; the two older men, mentioned above, commend blacks for their freedom to receive proper educations. Despite this opportunity to voice their thoughts, these mystic societies remain cordial, aware of each other and of a shared preference not to coalesce.

These societies are lesser to the two organizations that serve to organize Mardi Gras: the Mobile Area Mardi Gras Association (MAMGA) and the Mobile Carnival Association (MCA), respectively known as the black and white celebrations, which occur right after each other. Each has a king and queen, who spend months (and tens of thousands of dollars) embroidering their garments, rehearsing dinner etiquette, and eating elaborate lunches and dinners—in practice the differences between the MAMGA and MCA are hardly relevant. Despite this, the film is careful to center on the black servers at the whites’ parties. There’s the implication that Mardi Gras is an opportunity to pronounce one’s resistance to social (and therefore racial) coalescence responsibly, however old-fashioned and bigoted it may seem to those of us who do not participate.

The 2007 Mardi Gras is an unusual circumstance. Each year the MAMGA court is invited to the MCA’s festivities, and vice-versa, and this was the first year these invitations were accepted. MAMGA’s king and queen arrive rather unexpectedly, and are given a table at the front of the auditorium, and an exclusive server. Later, the MCA court attends the MAMGA’s parade for the first time in history. There’s the acknowledgment, from both parties, that this unprecedented interaction was delayed for too long. Afterward, the kings and queens of each court remark on the experience. Each of them has enjoyed the festivities immensely, but they all concede that any change in protocol will not likely be immediate.

Brown bookends the film with the remarks of her grandfather, who speaks of her grandmother, queen in the MCA court some time ago. We’re shown old portraits of her in elaborate regalia; the haircuts and visages notwithstanding (younger generations apparently smile more), it looks almost precisely the same as today’s king and queen. In the same duration, revolutionary advances have been made in racial equality, but in Mobile (as well as other parts of Alabama, where I went to college) segregation – the most interpretable symptom of racism – has its last stronghold in Mardi Gras.

The Order of Myths