With Michael Moore live via Skype! 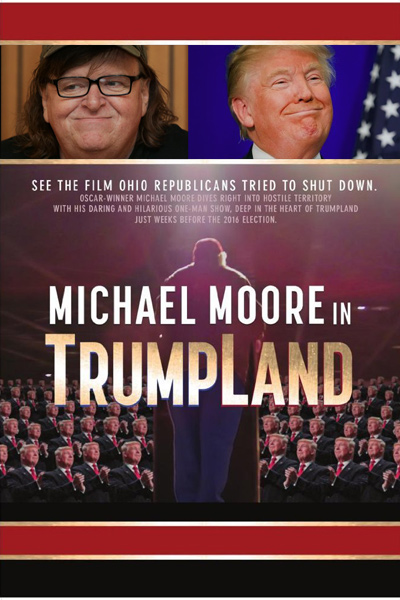 Michael Moore will be Skyping in after the film for a live Q&A with the audience!

Oscar-winner Michael Moore dives deep in the heart of hostile TrumpLand territory with his daring, profound, and uproarious one-man show. Performed, shot and edited just weeks before the 2016 election, this heartfelt, honest, and hilarious concert film is essential election viewing for a divided America, entertaining, outraging, and informing in equal measure. While the title of “Michael Moore in TrumpLand” may seem to give away the plot, the film is both surprising and very funny.

Follow Mike into southern Ohio as he performs his one-man show in a deeply Republican town. The show gets banned from the first town they tried, so it moved on to an ever bigger community of Trump supporters in the ironically-named Clinton County, Ohio. No matter who you’re voting for, this movie has something for everybody.