For the Bible Tells Me So 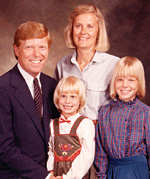 An impressive and emotional look at the tragic consequences wrought by religion to justify an agenda that can only be said to be advancing "family values" in an Orwellian sense. Included in the documentary are Rev. Laurence C. Keene, Archbishop Desmond Tutu, Gene Robinson (the first openly gay bishop to be consecrated by the Episcopal church), Chrissy Gephardt, Jimmy Swaggart, James Dobson (of Focus on the Family), and many others. This documentary takes on a very divisive and compelling subject and manages to handle it with an appropriate level of light-heartedness and seriousness.

For the Bible Tells Me So