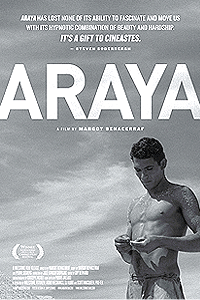 Never before released in the US, American audiences weren’t ready for it in 1959. Fifty-one years after it shared the Canne’s International Critic’s prize with HIROSHIMA MON AMOUR, this film about salt mine workers caught in time demands to be rediscovered.

“A film of supernatural beauty. At odds with the merchants of exoticism, and evidencing a great deal of heart, talent and loving patience, Margot Benacerraf has composed a great cinematographic ‘suite’ … Araya reminds us of Visconti’s great work because of its images, rhythm, gaze and personality.”
—René Gilson, Cinema