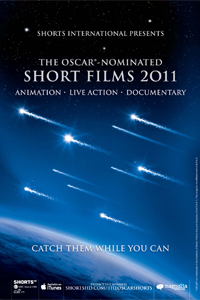 With the growing popularity of the Oscar animated and live action shorts, we’ve now added the Oscar nominated DOCUMENTARY SHORTS as a supplement to the other shorts program.

Note: the documentary program runs longer than we anticipated (nearly 3 1/2 hours). People who come to the 7pm show will see the first four docs, then we’ll take a 10 minute break at 9:35, and at that point, seat people who come to 9:30 show. Then we’ll screen The Warriors of Qiugang. Once that is over we’ll take a 2-minute breakto give the folks who showed up at 7pm time to clear out, and then show the first four docs again.

KILLING IN THE NAME

In 2005, a suicide bomber walked into Ashraf's wedding, killing 27 people. Now he is on a quest to confront terrorism around the globe.

In the heart of Tel Aviv, there is an exceptional school where children from 48 different countries and diverse backgrounds come together to learn. Many of the students arrive at Bialik-Rogozin in the wake of poverty, political adversity and even genocide. Here, no child is a stranger.

Sun Come Up tells the story of some of the world's first environmental refugees, the Carteret Islanders. The film follows relocation leader Ursula Rakova and a group of young families as they search for new homes in war torn Bougainville, an autonomous region of Papua New Guinea.

Villagers in a remote district of central China take on a chemical company that is poisoning their water and air. For five years they fight to transform their environment and as they do, they find themselves transformed as well.