Best of the Interwebs on the Big Screen 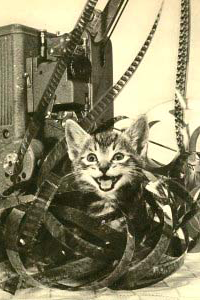 You spend your life staring at your computer, your laptop, or your phone. Regardless of the device, one thing is for sure: you’re watching some pretty incredible things on a small screen. Tonight we crowdsource amazing shorts from the interwebs and seamlessly project them onto the big screen.

Best of the Interwebs on the Big Screen