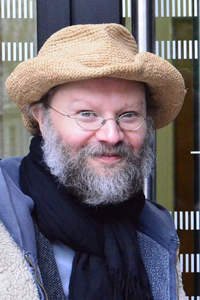 "The films of David Gatten brand the brain and the retina with equal force. They consist partly of cerebral puzzles and partly of lyrical reveries, and their central drama lies in the space between, where facts transform into poetry and transient experiences are assimilated into systems of knowledge." ­– Tom McCormack, Moving Image Source. More info at First Person Cinema.