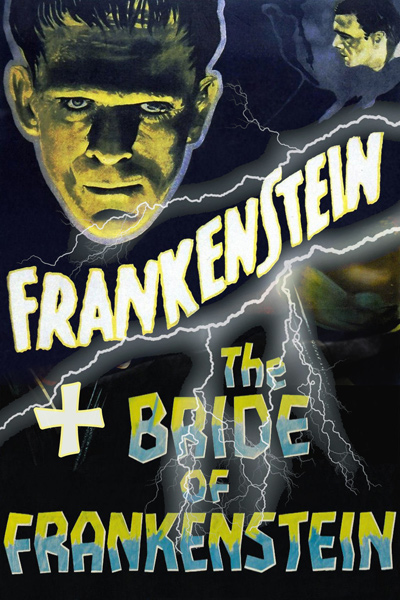 For even more interesting insight about Mary Shelley's Frankenstein, read this fascinating article from The New Yorker.

Henry Frankenstein is a doctor who is trying to discover a way to make the dead walk. He succeeds and creates a monster that has to deal with living again. (71 min.)

Bride of Frankenstein begins where James Whale's Frankenstein from 1931 ended. Dr. Frankenstein has not been killed as previously portrayed and now he wants to get away from the mad experiments. Yet when his wife is kidnapped by his creation, Frankenstein agrees to help him create a new monster, this time a woman. (75 min.)