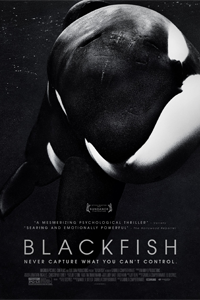 “So, the arm is nowhere.” It’s 24 February 2010, and a detective is questioning medic Thomas Tobin concerning the death of a trainer at SeaWorld, Dawn Brancheau. And as you listen to this phone call recording, you realize that what he means by “nowhere” is that the arm has been swallowed by the killer whale Tilikum.

Witness accounts and official descriptions of what happened that day have varied, as recounted in the documentary Blackfish. While SeaWorld maintains the event was the result of a “trainer error,” others—including former trainers who knew Brancheau—are disinclined to believe this. “Dawn, she was like a safety guru,” remembers former trainer Kim Ashdown. She’d record all her interactions with the orcas, then watch the tapes in order to critique herself. “When I found out it was Dawn,” says Ashdown, “I was shocked.”

But, the film suggests, any shock should have less to do with what anyone might have expected of Dawn Brancheau than with SeaWorld’s practices, and specifically, its practices concerning Tilikum. The film goes on to investigate, not only this incident but also previous incidents, two of which had Tilikum involved with someone’s death. This makes for a gripping story and unfolding sense of horror.

Snippets of videotape show some of what happened, but as the film demonstrates, tape and official records and memories don’t always coincide when dealing with the billion-dollar corporation known as SeaWorld. The tape here shows Brancheau is performing a familiar movement with the 12,000-pound mammal, leaning near him in what’s called a “relationship session.” The tape stops short of showing what happens next: when this whale took hold of Dawn—whether by her hair or by her arm, as accounts differ—he became increasingly violent, pulling her underwater, ramming her, shaking her, fracturing her neck, and eventually dismembering her. At that point, audio recordings of emergency phone calls suggest, Tilikum refused to give up her body.

It’s impossible to know what was in the whale’s mind, but experts here concur that something was. The film details in interviews with scientists and trainers, killer whales have particular patterns of behavior and also particular perceptions of the world around them, including their parents and their extended families, that they communicate with one another, and that they react emotionally to events. These reactions range from footage showing a whale roundup, from some 39 years ago, which orca researcher Howard Garrett describes in some distressing detail, noting mothers’ grief when separated from their offspring (in the wild, they never leave their mothers, even as adults), the ongoing upset of young whales (who are the favored options when whales are drawn from the wild, not so popular a practice as four decades ago, owing to SeaWorld’s breeding program), and also the matriarchal structure of whale societies, a structure that has had specific effects on Tilikum, a male captured when he was only a couple of years old (whales in the wild can live to be 100 years old; in captivity, they tend to die at 25 or 30).

This history follows from and illustrates the assessment by Dave Duffus, an expert for Occupational Safety and Health Administration (OSHA), which has charged SeaWorld with violations (some courtroom scenes are rendered here as animation, with faceless but named witnesses, testimony typed on a screen designed to look like a legal pad, a device that suggests both SeaWorld’s duplicity and the difficulty of getting at honest documentation. “This was not a singular event,” says Duffus. “You have to go back over 20 years to understand this.” According to Duffus and other interviewees, Tilikum has a particular history, including two other trainer deaths. Trainer Keltie Byrne was killed in 1991, when Tlikum was housed at Sealand of the Pacific, near Victoria, British Columbia, and SeaWorld visitor Daniel Dukes was “found” naked and draped over the whale’s back one early morning in 1999. Witnesses of Byrne’s death remember the park as being small and “dingy,” and that the whale “zoomed over and grabbed her boot” (this opposed to the official story, that she slipped into the pool by accident), and former SeaWorld workers guess that some aspect Duke’s unexplained and ostensibly undocumented death probably is recorded somewhere, as the Orlando park is equipped with many cameras.

If individual whales’ stories are revealed in fragments, they form what seems an unnerving whole, one that might find a particular representation in Tilikum’s own. And as it’s a story that SeaWorld has been managing for some time, its exposure here drawn reactions from the company - which has an interest in its own reputation, of course, and also in the value of Tilikum’s sperm. The film reveals that SeaWorld representatives declined to be interviewed for the film, the company did - rather unusually—send an email to select film critics concerning Blackfish, listing concerns with the film’s “egregious and untrue allegations.” The filmmakers countered with their own list of point by point rebuttals

Blackfish—an advocacy film in the best sense of the word—makes the case that this whale and others suffer ongoing trauma at the hands of the humans who keep them. According to the former trainers speaking here, many stay on at SeaWorld for years, hoping to look after whales with whom they have indeed developed relationships. Sadly, their efforts don’t help the whales’ situations, they only ease some of the abuses.