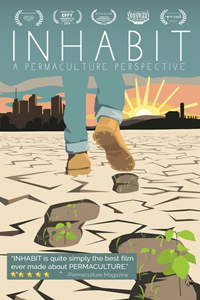 Inhabit: A Permaculture Perspective is an uplifting documentary that examines the many possibilities of permaculture, a system of agricultural and social design principles that works by following the patterns and features of natural ecosystems. Unlike traditional ecology, it aims to improve the environment rather than just leaving no trace.

It explores numerous environmental issues and examines solutions that are being applied using the ecological design lens of permaculture. Focused mostly on the Northeastern and Midwestern regions of the United States, Inhabit provides an intimate look at permaculture peoples and practices ranging from rural, suburban, and urban landscapes. To be followed by a panel discussion on permaculture in Colorado.