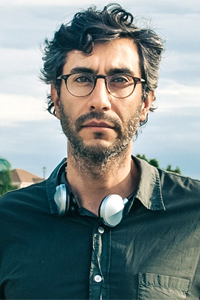 RSVP for this event to reserve a seat.
IFS and CWA patrons know Bahrani from his films MAN PUSH CART, CHOP SHOP, and GOODBYE SOLO. Tonight we screen a collection of his short films, followed by a Q&A and screening of CHOP SHOP. This CWA Athenaeum event is made possible by support from the Roser Visiting Artist Program.