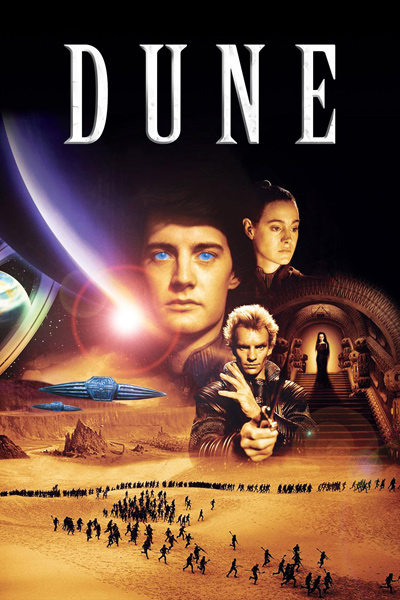 This was David Lynch’s last attempt at a mainstream commercial product, at least one that wasn’t based on an original (straight) story, and it feels like it’s his Spartacus, not least for the dialogue scenes in that stiff style of Old Hollywood epics. Producer pressure drastically shortened the length Lynch had envisioned, and the result is infamously unfollowable; critics hated the movie, and audiences didn’t pay to see it (at least not enough of them, based on its budget). But revisiting it now, there’s some pleasure to be had from its misguided spectacle, from its radical political subversive’s ascendance to messiah, taming giant worms and riding them through the desert—from the overwrought intensity of its psychedelic fantasies, bewildering plot developments and commitment to its baroque mythology. You can decipher the grandiosity so that it makes a sort of primal sense—but only if you give yourself over to it, embrace the mystery rather than try to define it, which is true, really, of all of Lynch’s work. Surrealism isn’t meant to be sorcerered into making sense. — Henry Stewart