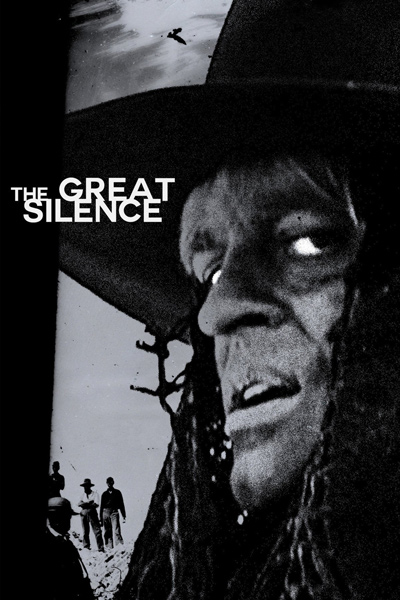 50th anniversary digital restoration
Inspired by the recent deaths of Che Guevara and Malcolm X, the film is notable for its explicitly radical politics and dark tone, matched by an atypical snowbound setting and beautifully haunting score by Ennio Morricone. The most influential Western you've never seen, THE GREAT SILENCE has been an inspiration to filmmakers - including Quentin Tarantino who referenced the film's wintery setting in THE HATEFUL EIGHT.