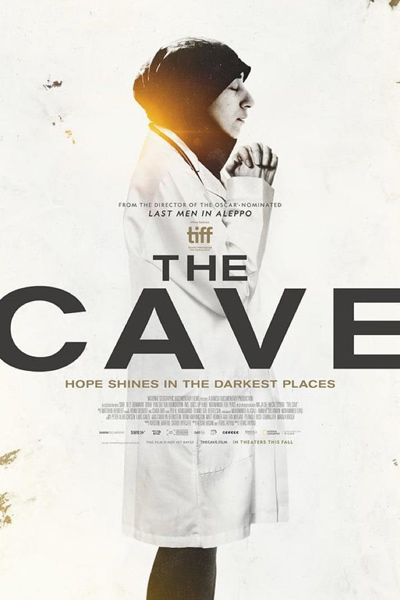 Over the past eight years, the war in Syria has spread death, destruction and horror across the country, costing hundreds of thousands of lives and displacing millions. In besieged Eastern Al Ghouta, incessant bombardment has turned the landscape into an eerie wasteland dotted with bombed-out buildings and piles of rubble. Going outside is a life-threatening proposition, but residential neighborhoods are targeted as indiscriminately as markets, schools and other places. Hospitals, medical centers and ambulances are also fair game for the Assad government and its Russian allies.

Safety and hope lie underground, where a brave group of doctors and nurses have established a subterranean hospital called the Cave. Under the leadership of a young female pediatrician, Dr. Amani Ballour, the Cave offers hope and healing to the sick and injured children and civilians of Eastern Al Ghouta. In a conservative patriarchal society that devalues women, Dr. Amani is frequently subject to hostility from men who refuse to see her as a capable physician. But Dr. Amani doesn’t back down, and inside the Cave, women have reclaimed their right to work as equals alongside their male counterparts. They risk their lives to save their patients and find ways to persevere in a world of cruelty, injustice and suffering. For Dr. Amani and her colleagues Samaher and Dr. Alaa, their battle is not only to survive but to maintain their dreams and hopes for their country and for women.