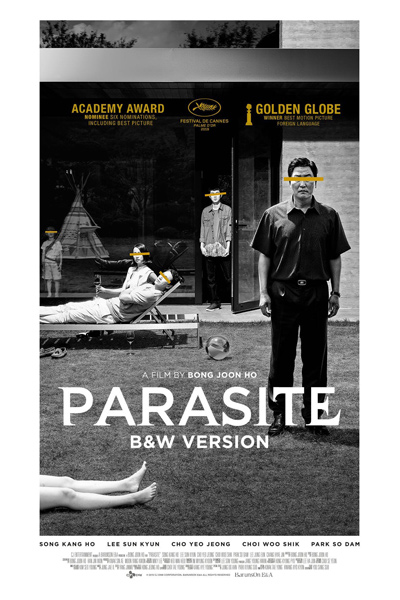 The new version of Parasite was actually made before the original color edition had its premiere in Cannes, where it won the Palme d'Or. Bong, with his director of photographer and colorist, worked on the new grading shot by shot.

"You can't just put it in a computer and turn it into black and white," he said, adding that he faced extra difficulties because he hadn't considered black and white when working on the film's production design or art direction, making particular scenes — such as the flooding, with mud water floating around — require extra consideration. .

With the color removed, he said, viewers were given a stronger sense of contrast between the rich family and the poor.

"We can focus more on the texture," he said, emphasizing the 'very glossy and clean' surfaces in the house of the rich family."

"I think it may be vanity on my part, but when I think of the classics, they're all in black and white. So I had this idea that if I turned my films into black and white then they'd become classics." - director Bong Joon Ho.