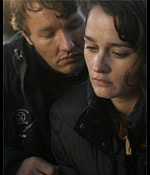 Izzy (Robin Tunney) is a struggling young photographer. Peter (Joel Edgerton) is an assistant professor at a university in Los Angeles. Newly engaged and madly in love, they find their cozy world shattered by a random act of violence. Their respective parents, the idiosyncratic Arlene (Cybill Shepherd) and sportswriter John (Elliott Gould), and Peter’s mercurial father, Eddie (Scott Wilson), weave their way through their children’s lives and it soon becomes clear that irrevocable losses have touched not only Izzy and Peter, but their entire circle of relationships. Long-hidden emotions rise to the surface as the trauma turns into a complex test of Izzy and Peter’s relationship.