DFF at IFS: Josh Radnor (How I Met Your Mother) writes, directs and stars 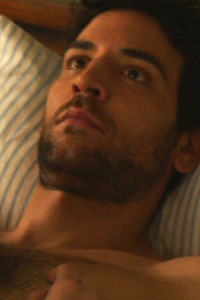 Josh Radnor, best known as Ted on the CBS sitcom How I Met Your Mother, has done it all for his big-screen debut. Radnor is the star, writer and director of this lively dramatic comedy about three sets of young couples dealing with shaky relationships, questionable career choices and the day-to-day uncertainties of life in New York City. Like another jack-of-all-trades who's in love with Manhattan—namely Woody Allen—Radnor puts lots of snappy dialogue in the mouths of his characters while setting in their path every imaginable obstacle to domestic and professional bliss.

Struggling writer Sam Wexler’s life gets complicated when he befriends Rasheen, a young boy lost on the subway, who then sticks tightly to him through a meeting with a publisher and an encounter with a girlfriend (Kate Mara). Pretty soon they're inseparable. Not far away, Sam's friends Mary (Zoe Kazan) and Charlie are beset by a potential move to Los Angeles (and her possible pregnancy); another friend, Annie (Malin Akerman), who's got a rare form of cancer, is going all heads-and-tails trying to choose between a half-crazed ex-boyfriend and a quiet coworker (Tony Hale) with the manners of a medieval knight.

Growing up, making your way, trying to navigate the pitfalls of a harsh urban landscape—these are the heartfelt hallmarks of Josh Radnor's impressive first film, unusually unsullied by attitude and grounded in optimism.