Helena From the Wedding

DFF at IFS: vivid social combat and the disintegration of smooth façades 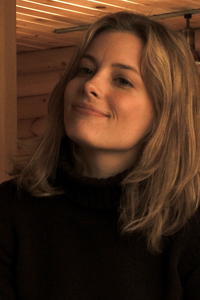 When a group of old friends gets together to celebrate New Year's Eve in a remote, snow-cloaked mountain cabin, it is not long before the whole gamut of their inner turmoil comes to light—the flaws and closely held secrets, resentments and insecurities of middle-aged people trying to survive in a bewildering world. Taking a couple of structural and dramatic clues from classics like The Big Chill and Ordinary People, Helena from the Wedding keeps its collective voice down and depends instead on a subtle range of actorly gesture and nuance.

At the heart of first-time writer/director Joseph Infantolino’s drama is Alex Javal (poker-faced Lee Tergesen, late of the HBO hit Oz), a failed playwright whose recent career plunge makes him vulnerable to emotional jitters and sensitive to perceived slights. Alex's new wife, Alice (Melanie Lynskey), complicates the picture—especially since some of his friends' marriages are starting to show signs of wear. Mix in the arrival of a disturbingly beautiful (and unmistakably younger) force named Helena (Gillian Jacobs), and the stage is set for some vivid social combat and the disintegration of of a few previously smooth façades.

Infantolino, who for the last decade has been producing films such as Jim McKay's Our Song and David Schwimmer's directorial debut Run, Fatboy, Run, says the idea for Helena from the Wedding grew out of his own midlife marriage, which contrasted sharply with some of the weather-beaten unions of old friends.

Helena From the Wedding