With directors in person! 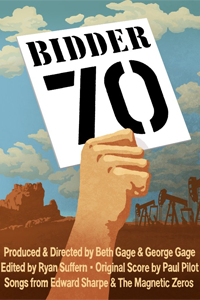 Bidder 70 centers on an extraordinary, ingenious, and effective act of civil disobedience that demanded government and industry accountability. In 2008, University of Utah economics student Tim DeChristopher committed an act that would redefine patriotism in our time and ignite a spirit of civil disobedience in the name of climate justice.