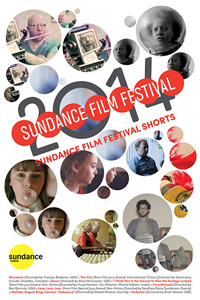 Showcasing a wide variety of story and style, the Sundance Film Festival Short Film Tour is a 94-minute theatrical program of eight short films from the 2014 edition of the January Festival, which over the course of its 30-year history has been widely considered the premier showcase for short films and the launchpad for careers of many now-prominent independent filmmakers. With both fiction and documentary, the diverse 2014 program ranges from beautiful insight and the struggle to understand life to a hilarious, all-too familiar government deposition.