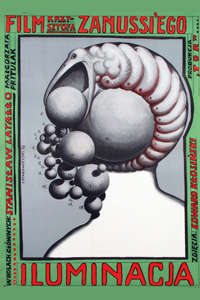 Polish filmmaker Krzysztof Zanussi crystallized his central thematic concern—the challenge of balancing reason and spirituality in the modern world—with this mysterious and provocative masterpiece (1973) about a physics student in search of enlightenment. A novel structure allows the director to approach the issue head-on, often cutting away from the drama to graphs and printed statistics that chart the hero's progress in quantifiable terms and to interviews with real-life professors about ideas discussed in the narrative. As if to summarize the results of an experiment, Zanussi elides any material that doesn't directly concern the matter of spiritual development; the editing, at once jarring and exhilarating, is as revolutionary in its own way as that of Jean-Luc Godard's Breathless. — Ben Sachs, Chicago Reader