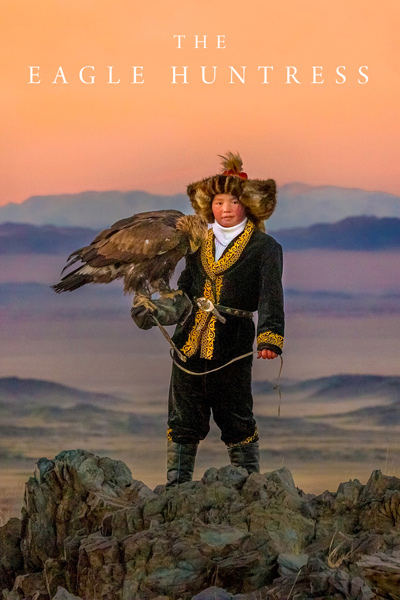 When a 13-year-old Western Mongolian girl (Aisholpan) challenges the status quo by insisting she be the first female to compete in a 2,000-year-old males-only contest, she will tolerate no compromises.

Adults can’t comprehend why this shy, tomboyish creature would want to become a huntress and use her skills to compete in an ancient national sport that depends on the training of eagles. Surely she’ll fail, they argue; surely she’ll lack the necessary stamina.

If “The Eagle Huntress” sounds familiar, that’s because the outline of a modern feminist epic is always there in the background. What’s surprising is how fresh and charming the movie manages to be.

The girl and her father could have dropped in from a 1950s Disney nature documentary, yet this is never a by-the-numbers effort. The rock-climbing and fox-hunting scenes are as suspenseful as the preparations for the eagle competition — which is never a foregone conclusion.

“The Eagle Huntress” recently won the documentary prize at the Hamptons International Film Festival. Special notice should be made of Simon Niblett’s expressive cinematography, which is more than pretty, chilly landscapes. When the narrator tells us that the temperature is many degrees below zero, we can feel it in our bones.